The Hump with the Dump

If we want to cut out fly tipping surely making it more difficult to access the recycling dump is not the answer.

One Monday afternoon in May I decided it was time to have a tidy up after decorating. I reversed my small van onto the drive, hooked up my little 6 x 4ft box trailer and loaded up. The reason I use the trailer is because I can load the wet or dusty items onto it to avoid the inside of the van getting dirty. As the trailer is only very tiny, it cannot hold many items. 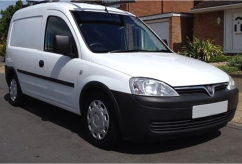 In fact what I put into the trailer was… three bedside cupboards that had been outside for a while, a chrome flip top waste bin from the kitchen, the living room door that was cut in half to make it fit into the trailer and a car Battery.
As the trailer was now full, I loaded the two chrome barstools from our kitchen into the back of the van along with a medium size box full of folded cardboard, and that is the total list of NINE items that I took to the dump in South Woodham Ferrers and brought back again.

As I drove into the recycling centre at South Woodham Ferrers a man approached my window and said “can I help you?” I told him no thank you I can manage. He then said “NO VANS ALLOWED”. I asked him why and he told me he agrees that the new rule is a stupid one but he cannot allow me to unload. I said ok I will just unload the trailer, and he told me I couldn’t because it was attached to the van.

I told him, I will drive back outside, unhitch the trailer and pull it in by hand and he still told me NO. The man said if I wanted to unload there then I will need to take the rubbish back home and put it in my car and bring it back again.
I told him I don’t own a car, this is my only vehicle. He said the only other way to unload it was to drive it to Maldon, they will allow vans there. Surely he could use some discretion in a case like this. If he just took a minute to look at what was on the trailer which was six household items, but no… more than my jobswerf.

I can understand they cannot take trade waste. I can also understand they don’t want large vans because of the space they take up, apparently. My van takes up no more space than a people carrier or indeed most 4×4’s.
How many people use their company van with permission from their employer to drop off an old carpet at the dump??? It’s almost impossible to cram a carpet into the back of your car.
Is this another case of a rule being made by some group of suits in an office somewhere that haven’t taken the time to get off their lazy backsides and do a little research. Banning a car derived van towing a 6ft box trailer which a lot of people use specifically for taking rubbish to the tip at the weekend is madness.
Apparently, garden rubbish including rose trimmings and conifer cuttings etc will now have to be loaded into the back of your car instead of in a trailer if you want to tip it at South Woodham Ferrers. Therefore, all the thousands of people that live in and around South Woodham Ferrers will now have to drive to Maldon with their rubbish if they own a van of any kind or tow a trailer behind it.
Driving away (with the hump) from the dump in South Woodham made me think that it is no wonder some people fly-tip. If we want people to conform to certain ways of behaving then we have to make it easy. Too much stick and not enough carrot??

We have a Landrover, long wheelbase with seats in the rear, our family vehicle. We were turned away! We live near hanningfield reservoir & continually see rubbish dumped along the lanes. Am I surprised!