After running the Golden Platter Bakery in Mayland for 22 years. Paul Carden and his wife Jacqui have decided it is time to hang up their oven gloves and enjoy their retirement. 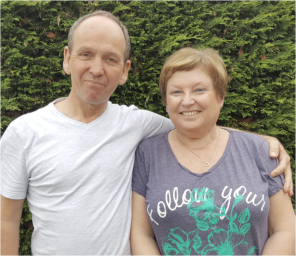 They had always planned to retire early so they can make more use of their caravan, and motorbikes, (they have one each) and enjoy spending time with their friends they have made over the years, and each other of course.

In 1996 Paul came to Mayland to buy a doughnut machine as he wanted to open a doughnut shop. He had been told that a man named Jo Hatton was retiring from a shop in Mayland and had a doughnut machine for sale. He came to buy the machine and ended up buying the shop! At first, Paul didn’t have the money to buy the shop so Jo decided to let him rent. The shop was scheduled to close the following Monday and so Paul immediately took it over. Paul told me Jo was a ‘top man’ and he and his wife Trish worked with him to make sure everything ran well and helped him tremendously. Sadly, Jo died three years after retiring.

Paul’s career started when he left school at the age of thirteen and began doing deliveries for Shepherds Bakery in Woodford Green. It was a family concern and they took him under their wing. They took him on as an apprentice and he also went to College.

Over his career he has worked for several small bakeries as well as Asda and Sainsburys and was a manager at twenty-one. He had worked at Sainsbury’s in Springfield as Bakery Manager for ten years before deciding he wanted to work for himself and so came to Mayland.

He built up the business over the years and at one time had a Golden Platter in Southminster and also one in Burnham.

The name Golden Platter came from Jo Hatton who started with a café in the East End of London. When he moved to Mayland he changed from a café to a bakery. He had been trading for about nine years in the village when Paul took over.

Paul’s passion for his work was evident in the way he described the different aspects of it to me. He describes himself as relentless and a hard taskmaster that expected a lot from staff as well as himself. He Invested his time in training alongside people and would explain why he want them to do things in a certain way and the reasoning behind it.

He didn’t mind investing time if the person wanted to learn. If they didn’t it was best they left. He told me that staff either stayed for just a few weeks and then left or they stayed for years, as they enjoyed both the job and the friendly atmosphere.

Linda Regan, who he called Lindy Lu, worked for Paul for 21 years and retired last year. They never had any problems with sick days or absent staff as they all enjoyed their work.

Paul believed in good customer service, always with a smile and serving quality fresh food. Bread is baked fresh every day on the premises and is never kept until the next day. 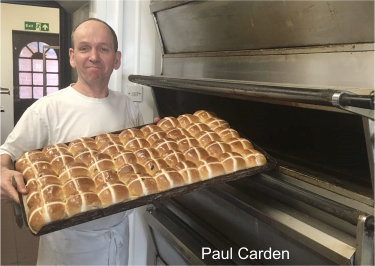 Paul couldn’t think of one single aspect of the job he enjoyed the most. He said he enjoyed his relationship with the customers and is going to miss that side of the job. He has also enjoyed the neighbourliness between shopkeepers in Mayland. He has enjoyed his success and working for himself where the buck stops with him. What he is not going to miss are the rules and regulations brought in over the years which were beyond his control.

They had a retirement party last month which they say was special as many past staff came as well as current staff and friends. Paul said it was lovely to see them all.

I am sure the readers wish them both a happy retirement and thank them for their long service to the local community, providing delicious bread and cakes over the last twenty-two years.

The good news for us all is that the Golden Platter Bakery is not closing.

Simon Bond is going to take over, so it will be business as usual. Paul told me that Simon knows the bakery business inside out as he has worked with Paul for the last 16 years. We wish Simon, Good Luck and Good Fortune in his venture as the new owner of The Golden Platter Bakery in Mayland. 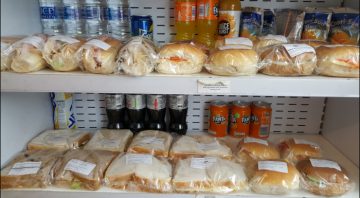 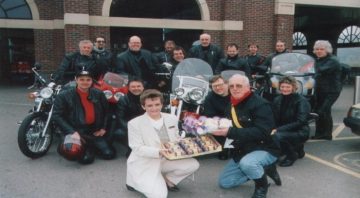 Dengie 100 Motorcycle Club is 25
Previous
Next