A massive crowd of people on a beautiful summers day turned out from Mayland and the surrounding areas in the Dengie to watch the third annual Blackwater Raft Race 2018 organised by a local pub on 30th June. There was both a tense and excited atmosphere in anticipation of the start of the race. The nine rafts were lined up ready for the start signal and then they were off, encouraged by enthusiastic onlookers. The Shake and Bake raft would have won if one young boy could have willed it. He was chanting ‘they have to win’ over and over. Unfortunately for him, it was not to be, although they did win first prize for the best-looking raft in the race.
The winners were Batman and Robin, though you would think you had been drinking as you could see double. The four friends Adam, Josh, Gavin and Craig paddled in unison and looked strong from the start. They have now won two years in a row and told me that unless anyone can build a better raft than them they intend to enter again next year and make it a hat-trick.
They came up with the idea for their raft together and built it in three hours.  They wouldn’t give away any secrets on how it was built though, as you would expect.
There was some controversy when the Coxless 4 accused the winners of cheating by not going around one of the barrels but first place was still upheld by the adjudicators.
It really was great fun to watch and all rafts managed to stay afloat though they did have to contend with boats from the next-door sailing club having fun sailing around their course.
Last to arrive back were the Mayland Mermaids who said they found the whole course very difficult with one member going as far as saying it was ‘horrible’. They looked like they needed more practice as they didn’t often paddle in unison. They did look lovely though with their sequined faces. They all agreed they need a couple of strong men on their team! They worked really hard and did more distance than anyone else as they had no real sense of direction and zig zagged across the river and even appeared to be going backwards at one stage.

Now is the time to start preparing for next year’s Blackwater Raft Race. Who is up for the challenge?  There must be someone out there who can stop the winners making it a hat-trick.
It was good entertainment for the whole family and the total funds raised by this year’s Blackwater Raft Race for Columbus Special Needs School and College in Chelmsford was £1018, a great achievement. 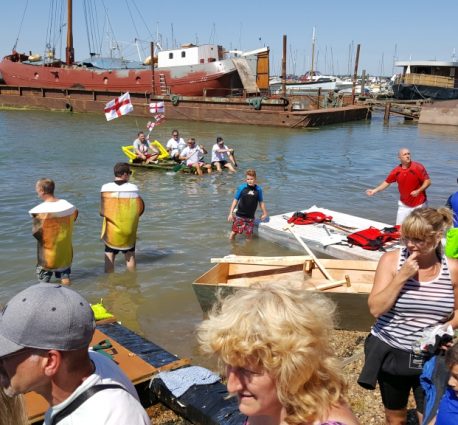 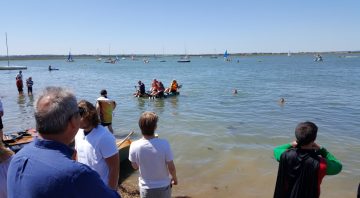 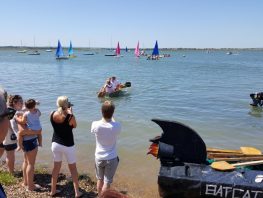 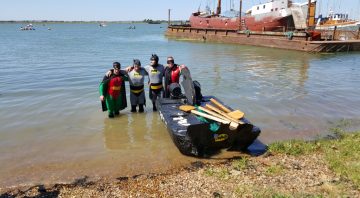 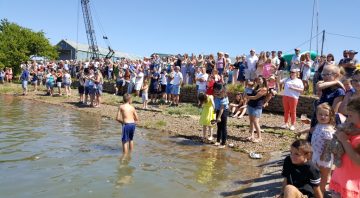 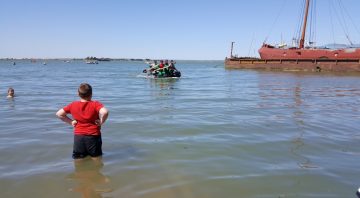 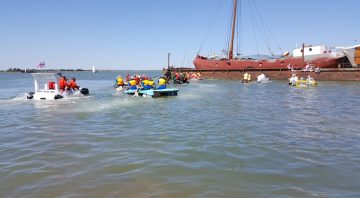 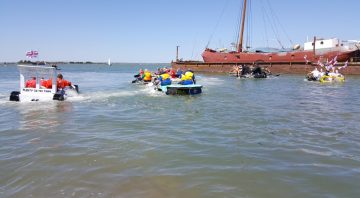 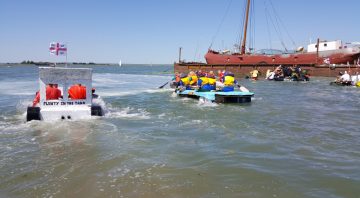 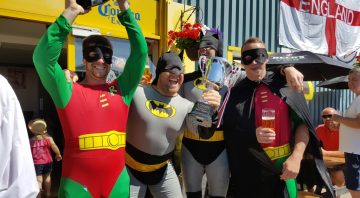 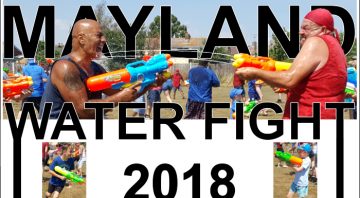 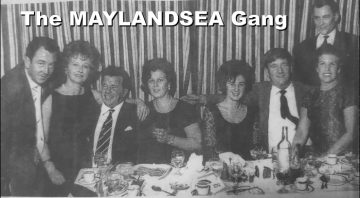 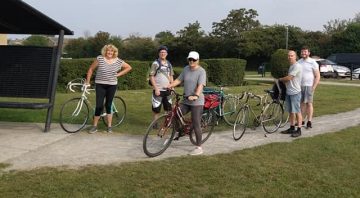