On Saturday 30th June 2018, Stow Maries Great War Aerodrome celebrated Essex’s largest Armed Forces Day, when it joined forces with Colchester Garrison, and Maldon District Council. The day was celebrated by over 850 people and included a parade and march-past by cadets, veterans, and local civic groups. The Lord-Lieutenant of Essex, Mrs Jenny Tolhurst, took the salute as the Queen’s Representative, and the Reverend Mark Grant-Jones, Senior Chaplain of 16 Air Assault Brigade, hosted the service. The highlights of the day were signing of the Essex Armed Forces Covenant and the flag-raising ceremony.

Local cadet contingents competed for the Ridley Trophy, named after Captain Claude Ridley who led the Stow Maries based 37 Squadron, Royal Flying Corps, aged just 19, when the Aerodrome opened in 1916.

Display contingents included The Parachute Regiment, based at Colchester,  the Band of The Army Air Corps, and the Essex Yeomanry band. The Bar, BBQ and Mess were also in full swing.

Ian Flint, Chief Executive said:
“Armed Forces Day 2018 was a great triumph for Stow Maries Great War Aerodrome and its partners, Maldon DC and Armed Forces Essex (Colchester). The day went brilliantly – with music from the Army Air Corps and Essex Yeomanry Bands, a wonderful parade featuring the RBL, Chelsea Pensioners and massed tri-service cadet forces. It was a pleasure to welcome the Lord Lieutenant, our patron, Jenny Tolhurst too. We are very much hoping to host the event again next year, following its great success.” 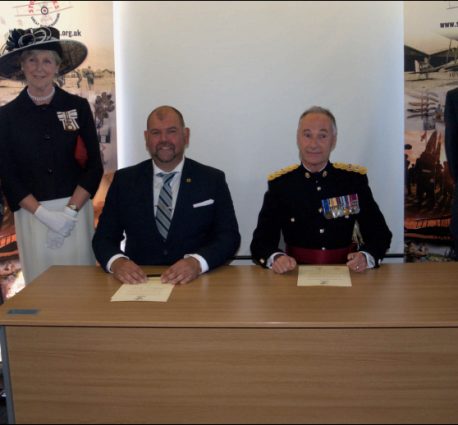 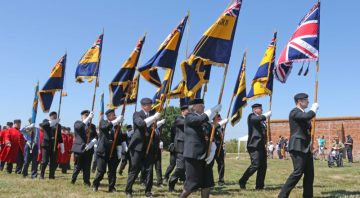 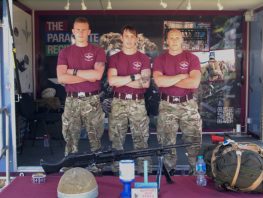 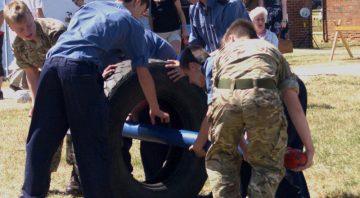 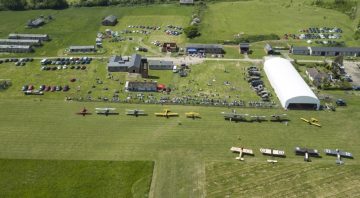 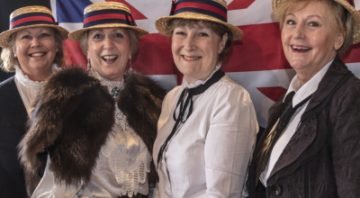 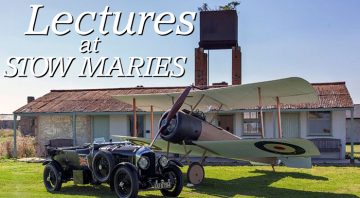 Lectures at Stow Maries
Previous
Next